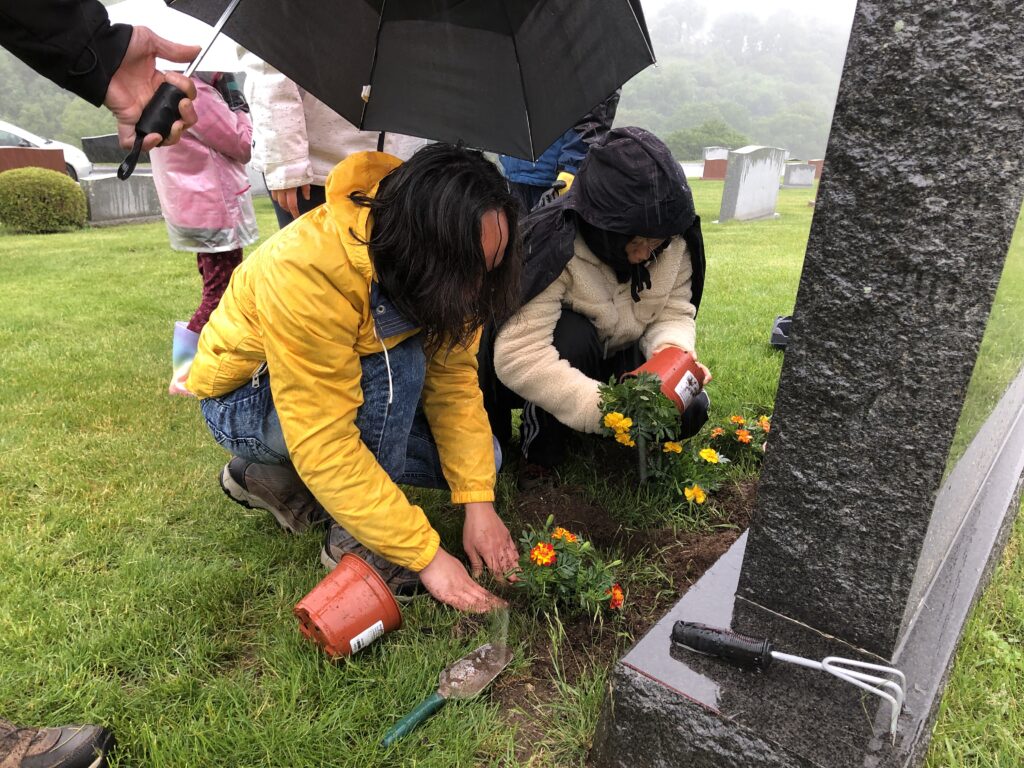 When the CDC announced that masks were no longer necessary outdoors or in indoor spaces among the vaccinated, I knew it was a threshold moment for our family, to initiate our return to life as it had been. We are grateful to be among the lucky ones — we and our extended family have remained healthy, including our elderly moms who are in the proximity of 90 years old. As much as it’s a sigh of relief to engage with the world again, I’ve felt an ambivalence of melancholy.

For over a year, my immediate family have been cocooned together, living in a degree of intimacy we’ve not had since my children were toddlers, when mom and dad were their entire lives, when they were too young to independently create space with their own friends. I loved our time together back then, the physical intimacy of climbing and sleeping on each other, when time seemed to meld into infinite space. I can still feel their joy, their curiosity and their nestled trust in the space we had created together day in and day out. There wasn’t anything spectacular that happened on a daily basis, but I still feel the limitless contentment of those beautiful simple moments.

Physiology has memory though. During Covid, Alyssa, now 19 and L-J, now 16, settled back into that nestling so much more easily than we had anticipated. Of course the loss was felt deeply by them, not being able to hang out with friends, not physically interacting the way teens should be, not learning in a way that fed their mind, heart and body. Yet our family held that paradox in our everyday life — the concurrent loss of that freedom with a hearth-like deepening in togetherness. We learned to convene in new and yet familiar ways, as there was no place to go, but home.

We found our rhythm, alone and together. We learned to move with each other, when aloneness was needed and when hugs were wished. Without words, we learned to improvise our daily togetherness, often without words but with a knowing that came from our watchful love for each other. As mom, there wasn’t anything more delicious than hearing a burst of shared laughter from Alyssa and L-J in the house, knowing they’d found joy and discovery with each other. Alyssa should have been away at college during Covid, so I knew this togetherness was a stolen moment for my children who adore each other. This sequestering extended that unique sibling experience that kids have before one goes to college, after which a bigger life elicits one’s curious participation, and togetherness is never quite the same again.

In the first half of 2020, we shedded tears as we witnessed the loss of lives and the disproportionate suffering that came with the Covid-19 disease. We both recognized and were  grateful for our privilege that allowed us to study and work from home, including having the infrastructure for all four of us to Zoom simultaneously.

For my mother, the Covid lockdown came at an unfortunate time. She’s in the early-mid stage of Alzheimer’s, when socializing with others, being with family and taking the simple pleasures of food shopping and walking her dog would have helped her health and wellness. Though she lives close to us, she became isolated as we became cautious to make contact, limiting interactions to minimize any possibility of virus transmission. Sadly, during lockdown, her loving dog of 18 years died, plunging her not only into depression but a loss of a family member who kept her company, engaged her physically and gave her daily purpose.

In the Chinese tradition in which I was brought up and which I’ve imbued in our children, we are obliged to delay instant gratification for the call of duty. It’s a notion that is anachronistic to our teen generation, as devices and social media beckon them endlessly, causing an over-focus on the self. Understandably many of Alyssa’s friends were still hanging out despite the ravages of Covid, as many her age believed they were impervious. Some of L-J’s friends asked for simple and short get-togethers that would usually seem innocuous. Yet we knew that any exposure could be deadly to their grandmother, Popo, especially in the early months of the pandemic, when we believed physical touch could transmit the virus. So, months upon months, my kids stayed at home when others gathered, frustrated by this prohibition that they knew was logical, necessary and potentially lifesaving. Yet over time, they not only settled into this reality, but fiercely protected their Popo’s wellness. L-J, ever the logically oriented of us, demanded that all items be wiped before coming into the house, reminded us to wash hands when visiting Popo, and only recently acquiesced on some restrictions he’s enforced for us all. Recently, when we asked what affected him most during this Covid time, L-J said that he worried all the time that something he did would bring harm to his grandmother. As I heard this, my heart opened, grateful for his loving sacrifice and diligent protection of his grandmother..

Especially after my mother’s companion dog, Marsh, died, Alyssa and L-J took turns visiting Popo so she wouldn’t be so lonely. Some days, it was really hard for the kids to give up their time to head over to Popo’s, so I’d tell them to stay as long as they could, but not overdo it. Yet magically, once they got to Popo’s, they’d stay hours on end. Alyssa cooked meals with Popo and accompanied her as she delved into one too many melodramatic Chinese mini-series. L-J took long walks with Popo and listened to her recounting her younger years with my father. Filmmaker that he is, he initiated recordings that captured her storytelling to document her journey. He became poignantly aware that these were perishable experiences. One of the last surviving elders, Popo was one of the last elders who could tell stories of previous generations. There was a freneticism to the pace at which he recorded these treasured moments. It seemed he was chasing the setting sun knowing one day the sun would not rise again. His intensity heartened me as it broke my heart.

The day finally arrived this Memorial Day weekend when the four of us and Popo dared to venture out together to visit my father and brother in New York, the first time in over a year. There was an unsettled familiarity as we drove on Mass Pike, through the various thoroughfares that Marc and I have traveled since our college days; yet donning on the masks at the rest areas reminded us that life had not fully returned to normal. In heavy rain, we met my brother’s family at my dad’s gravesite in Westchester County, New York. It was the first time we’d gathered to see my dad in over a year, having missed the traditional gatherings that we’ve practiced for close to 30 years — for his birthday, his passing and Grave Sweeping Day. It was cold, windy and wet, but my 87 year old mother determinedly walked to her husband’s gravesite and read the poem she wrote for him that’s etched on the tombstone. She lingered there, perhaps finding a way back to herself by being with him. Her children and grandchildren planted flowers for the spring season. We lit incense, bowed in respect and ran back to the car as lightning and thunder reverberated through the skies. After all the sadness, loss and separation, we returned to each other through this family ritual, marking the passing as well as the continuation of our shared journey forward